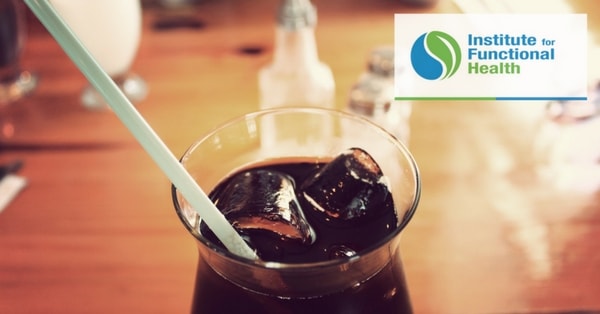 Getting teenagers to adopt healthy eating habits can be quite a challenge for many parents. They are constantly bombarded with commercials and ads for every conceivable type of junk food. Many like to hang out or meet at fast food establishments where dietary choices aren’t always the best. And some like to sleep in and just grab a soda or something in a package as a last minute “breakfast” before rushing off to school.

But there may be hope that in at least one area, teens appear to be making better choices than what they had been doing in previous years. According to a new report from the U.S. Centers for Disease Control and Prevention, high schoolers are more frequently saying NO to sodas and sweetened beverages as their drinks of choice than what they had been doing 8 years ago!

A Shift In The Trend

Based upon the report, children and adolescents get about 20 percent of their daily calories from beverages, so the types they choose could be the difference in whether their dietary intake for the day was supportive for the body or not. The results showed that just over one third of kids in grades 9 through 12 drank a sweetened beverage each day in 2007!  In 2015, that number had dropped to only a fifth of the kids, with just 20.5% partaking of one of them.

It was also noted that daily milk consumption dropped from 44% of teens to 37%, and only 21.6% drank 100 percent fruit juice versus the previous rate of 27%. It was not stated what teens may be substituting for the aforementioned beverages they weren’t consuming any longer. The hope would be for more water consumption, but energy drink and sports drink consumption are still on the rise. Sweetened coffees and teas also continue to be highly consumed.

The goal for kids, as well as adults, would be to increase overall water intake across the board. Yes, most beverages do have water content, but the added sugars, and especially the caffeine, will affect how much of that fluid your body is able to retain. A good average intake goal for most people would be approximately half their bodyweight in pounds as the number of ounces to take in during a day. If you weigh 200 pounds, shoot for around 100 ounces.

Good food choices such as fruits and vegetables will help boost your intake since much of their content is comprised of water, and limiting added sodium from table salt and processed foods will help decrease the risk of feeling dehydrated. Once you get to that stage, you can experience constipation, muscle cramps or brain fogginess or headaches as a result. So next time you’re feeling the thirst, opt for fresh, clean water and follow the teen’s lead and leave the sodas behind.