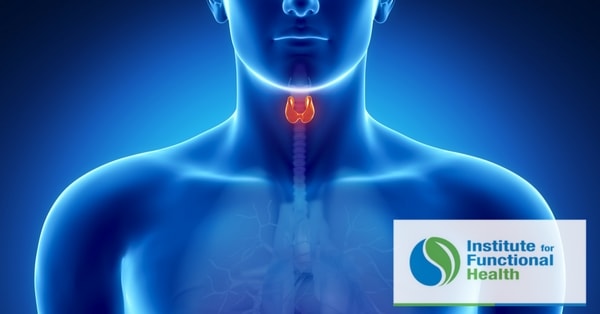 Some people live under the false assumption that “what I don’t know won’t hurt me”. Other times I hear, when discussing diseases and health conditions like cancer, people say “Oh, I’d rather not know”. I find that a little hard to believe as I also hear regret and remorse from those who are actually dealing with health issues saying “If only I’d known about X condition sooner, maybe I could have done something about it.”

Granted, there may be conditions or circumstances where it wasn’t possible to do anything to avoid a particular health issue, such as with certain genetic diseases. But whenever there is a chance to avoid or reduce the incidence of a problem occurring, one should always do what they can to keep it from happening. With January being Thyroid Awareness Month, we’ll put a last reminder out there to make sure you are taking easy steps to help identify if there is a problem with this very important part of your body.

According to the American Thyroid Association, about 200 million people worldwide have thyroid disease. Here at home, the disturbing statistic is that of the more than 20 million Americans who have thyroid disease, only FOUR out of 10 know they even have it! That’s a lot of people sitting around feeling lousy who may not know why they feel the way they do!

The incidence of thyroid cancer is also still on the rise, so there needs to be more attention paid to listening to our bodies when they may be telling us that there is a problem internally. Common symptoms of fatigue, brain fog, weight gain and thinning eyebrows may give a first clue to poor thyroid function. But it’s also important to know warning signs of more serious conditions, like visible masses that weren’t there before or sudden voice changes that don’t resolve.

Self-examination can play an important role in early detection of thyroid disease, so taking some simple steps could help keep you safe. To perform a thyroid self-exam, use a mirror to view the lower middle area of your neck, above the collarbones, and below the larynx. This is where the thyroid is located. While focusing on this area, tip your head back, take a drink of water and swallow. As you swallow, watch for any bulges or protrusions.

While any of those signs alone are not definitive for cancer, they could also be indicators for other thyroid issues such as goiters which can occur when the thyroid has to work too hard to produce enough thyroid hormone. Family history of thyroid issues would also warrant periodic checks if suggestive symptoms are present. Left undetected, conditions can worsen and if enough damage occurs, removal of the thyroid may be the only option.

If you are experiencing any of the symptoms of poor thyroid performance or notice anything unusual in physical appearance, please make an appointment to have it checked. Simple bloodwork can detect many of the issues and, if caught early enough, could save you from a road of multiple health issues since the thyroid has a hand in regulating so many of our bodily functions.