Doubled Risk Of Dementia For People With Inflammatory Bowel Disease 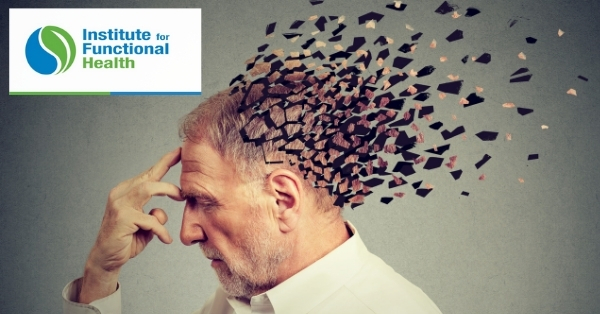 Any time we have to deal with a medical condition, it can be very distressing, both physically and mentally. The tough reality alongside that is that many times, one condition will predispose someone to developing another condition. We see it all the time: obesity can lead to heart disease, diabetes can lead to kidney disease, and so on. Now, from a new study published in Gut, it looks like sufferers of inflammatory bowel disease (IBD) could be at higher risk for developing dementia!

IBD is a term for chronic inflammatory bowel conditions that includes ulcerative colitis and Crohn’s disease. Prolonged inflammation results in damage to the GI tract. Common symptoms include abdominal pain, diarrhea, the sudden urge to use the bathroom, and bloody stools. All of these can negatively affect quality of life from a physical standpoint. Adding dementia to the picture would only compound the problems by adding mental stress and anguish to the picture.

For the study, the researchers followed approximately 19,000 participants for 16 years to see if any of them developed dementia. 1,742 patients with IBD were matched with 17,420 people of similar health and demographics who did not have IBD. Over that period of time, the researchers observed the following patterns:

Since there is such a strong connection between the brain and the digestive tract (referred to as the gut-brain axis), it is not surprising that a problem in one area could possibly lead to a problem in the other. Inflammation in the gut is highest on the list of possible causes for the correlation, as it has been linked as a root cause of most of the health problems that people face.

Chronic inflammation can produce damaging effects on virtually any part of the body, and the longer it lingers, the potential for more problems arises. Therefore, healing gut inflammation as soon as it is identified should be a priority.

Many times, the sources of inflammation in the digestive tract are from the diet itself. We want to only be primarily eating foods that help our bodies heal, not ones that promote damaging effects. Working with a doctor to help you build a healthy, anti-inflammatory diet and to identify any foods that may be causing stress to your system will set you on the right track to not only keep you from having digestive issues, but also to help protect your brain, memory and mental function as well!