Could Ancient Survival Genes Be Contributing To The Obesity Epidemic? 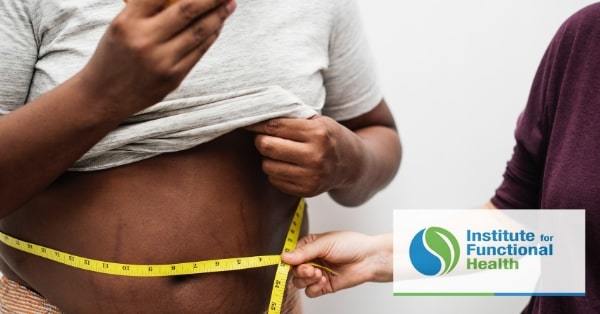 Anatomically modern humans have been around for a while; at least 200,000 years to be exact.  And for the longest span of time, our bodies developed in times when food and resources are scarce.  That is all but a distant memory of course, because as well all know, food is especially plentiful these days.  Even if many of us are not technically consuming “food,” there is simply not a shortage of calories that existed for much of our history. To put this in perspective imagine putting our existence on a football field.  For the first 98 yards we evolved as a species to have survival mechanisms in place during the times of both bountiful harvests and also the scarcest of times.  The last 2 yards would represent the advent of modern agriculture and the birth of what our food scene currently looks like.

Turns out, the genes our species has passed along throughout several millennia may be contributing to our ever growing (pun intended) obesity epidemic. Researchers at the NYU School of Medicine in New York along with colleagues around the US have found a receptor that could explain a contributing factor in the obesity war.  This mechanism evolved during times of scarcity to helped prevent starvation and was known as the protein receptor for advanced glycation end products or RAGE for short. The study was recently published in the journal Cell Reportsand describes the effect of deleting an adding this receptor in mice.

The researchers fed two groups of mice a high fat diet.  The group removed RAGE from the fat cells in one group but left the other group untouched. The research showed that the mice with RAGE removed gained 75% less weight than the group that was left untouched. Both sets did the same physical activity and were fed the same amount of food.  A second similar setup comparing untouched mice and a group that had RAGE free fat tissue also yielded similar results.

Both setups shed light on a mechanism that researchers believe evolved during times of scarcity, noting that it “makes sense that the body would hoard energy for when nutrients are scarce.”  However, this mechanism appears to have a similar effect when there is abundance as well. “We [have] discovered an anti-starvation mechanism that has become the curse in times of plenty because it sees cellular stress created by overeating as similar to stress created by starvation…and puts breaks on our ability to burn fat,” states senior study author Ann Marie Schmidt, M.D.

The causes of obesity are complex, and scientists are still studying to fully understand the causes. Over the decades the obesity epidemic has continued to grow as lifestyle habits and diets have undergone considerable change.  Jobs have transitioned to become more sedentary and people across the globe are eating substantially more processed and high fat foods.  These changes have only occurred over the past few decades whereas we’ve evolved as a species over the last several thousands of years.

Scientists continue to investigate the primal systems that governed our bodies in protection against various ailments during this evolutionary process.  RAGE blocks the burning of fat to conserve energy and it is thought the mechanism aids with cold, starvation, and injury.  However, the mechanism also responds to overeating the same way because overeating sets off the same triggers as the aforementioned ones.

The team plans to next investigate what compounds might turn off the RAGE receptors to help aid with fat loss.  The team is quick to point out that because the evolutionary roots of RAGE are in the immune system there might potentially be several applications for RAGE blockers, such as therapies aimed to reduce the risk of atherosclerosis, cancer, and even Alzheimer’s.