Can Lack of Sleep Lead to Poor Bone Health in Older Women? 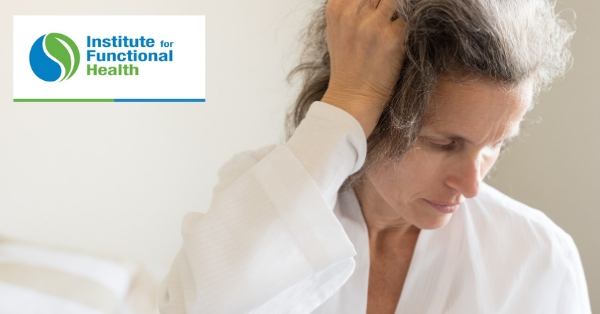 Hitting the hay. Racking out. Getting your Z’s. Whatever you call sleep, we all know it is very important to the body.  We all know the feeling we have when we get too little, or the refreshing feeling we get when we’ve had just enough.  But how much does the amount of sleep affect our long-term healthcare. New research in postmenopausal women have suggested that women who sleep 5 hours or less per night were more likely to have lower bone mineral density scans and osteoporosis.

A team from the University of Buffalo at New York led a study of over 11 thousand women, all of whom were participating in the Women’s Health Initiative.  The study was recently published in the Journal of Bone and Mineral Research.  Lead study author Heather M. Ochs-Balcom stated “Our study suggests that sleep may negatively impact bone health, adding to the list of the negative health impacts of poor sleep.” The team’s investigation followed an earlier study in which the team had linked short sleep to a higher likelihood of bone fractures in women.  She added, “I hope that [these studies] can also serve as a reminder to strive for the recommended 7 or more hours of sleep per night for our physical and mental health.”

Bone is living tissue that undergoes continuous breakdown and buildup through osteoclasts and osteoblasts. The process is known as bone remodeling and occurs as old bone tissue gets replaced with new bone tissue. “If you are sleeping less, one possible explanation is that bone remodeling isn’t happening properly,” Ochs-Balcom explains.

Osteoporosis occurs when bone becomes more porous and refers to a condition that develops when the quality and density of bone are greatly reduced.  Osteoporosis is more common in older adults with women having the highest risk of developing it.  In most people, bone strength peaks when people are in their late 20s.  As people continue to age, bone reabsorption gradually overtakes bone formation.  After women enter the initial years following menopause, bone density reduces more rapidly. Worldwide risks of menopause or fractures related to osteoporosis are estimated around 1 in every 3 women and 1 in 5 men in their 50s and older according to the International Osteoporosis Foundation.

The most common areas of fracture in those stricken with osteoporosis include the spine, hips, and wrists.  Fractures can results in severe, debilitating back pain, loss of height, and ultimately structural issues.  Hip issues can be associated with a increased risk of death, and loss independence related to the surgeries their often require.

The team involved with the research discovered that women who slept only up to 5 hours of sleep per night had significantly lower values in four measures of bone mineral density. The four areas studies included the whole body, hip, neck, and spine.  Researchers further noted that the lower bone mineral density measure among the shorter sleepers also equivocated to being 1 year older.

These results were also shown to be independent of age, race, effects of menopause, smoking status, alcohol use, BMI, use of sleeping pills, exercise, and types of bone density testing.  The researchers concluded that sleep, like so many other things, is something that people can work on to change over time. Ochs-Balcom concluded, “It’s really important to eat health[fully] and physical activity is important for bone health…most of us have control over when we turn off the lights, [and] when we put the phone down.”