Your Heart Health Is Being Jeopardized By Untreated Sleep Apnea 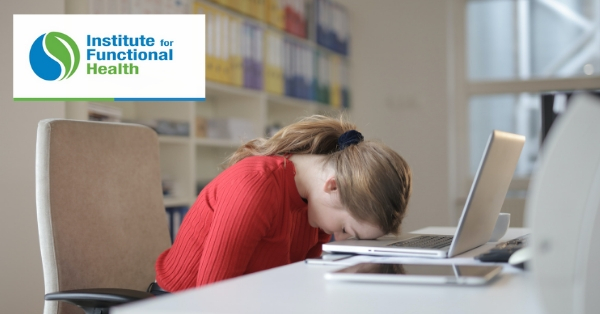 Sleep apnea is a serious matter. It could be called another one of the “silent killers” (although those who sleep alongside someone with apnea would usually dispute the silent part…). We typically think that we should go to bed, have a good night’s sleep, and wake up refreshed for the next day. For many people, however, that is not the case.

Nearly 30 million Americans have obstructive sleep apnea, a chronic health problem in which the upper airway collapses during sleep, according to the American Academy of Sleep Medicine (AASM). Not only does it disrupt sleep for the affected individual, leaving them tired and dragging the next day, but it can also affect those in proximity to the sufferer, with similar after-effects. Beyond that though, sleep apnea has a more serious consequence: it can more than double the risk of death due to heart disease for the sufferer!

The big problem lies with not getting enough oxygen into the body when the obstruction is present. Some dealing with sleep apnea may stop breathing regularly throughout the night, and even several times a minute consistently. In an attempt to stay alive, the body may jerk or the person may start choking in an attempt to free up the airways. This will disrupt the sleep patterns and if it happens frequently enough, it never allows the person to get into that restful, stage 4 deep sleep. This leads to the fatigue and mental function decline as both the body and brain have been shorted on receiving adequate oxygen consistently.

The AASM points to several major warning signs and risk factors for sleep apnea: snoring, choking or gasping, fatigue, obesity and high blood pressure. Other factors that could also predispose one to apnea are smoking, use of alcohol in the evening, nasal congestion and anything that would inhibit or obstruct the airways. If you’ve been told that you experience snoring, choking or gasping during sleep (because the apnea sufferers are usually not aware that these may be occurring), talk to a medical provider about your risk for sleep apnea.

Untreated sleep apnea increases the odds of several diseases. The acronym HEARTS will help you remember which ones:

Once the issue is identified, treatment will center around the cause of the apnea. Some use a CPAP to help ensure they are getting proper oxygenation each night. Losing weight may be beneficial if excess weight is causing the issue. For others it may be clearing up allergies or sinus issues. The important thing is to not let apnea linger, not only for your daily well-being, but also to protect yourself from developing more serious health issues.