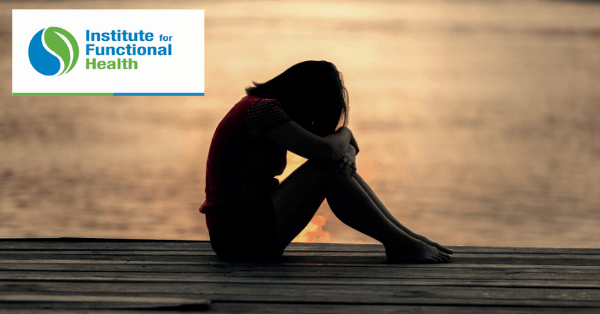 September 8-14th is an important health awareness week as it sheds light on an alarming issue increasing in America: Suicide.  The week is dedicated to Suicide prevention, and oftentimes understanding some of the underlying causes, and symptoms, as well as knowing the resources available to help can be vital in potential suicidal victims.

Suicidal thoughts, or suicidal ideation, means thinking about or even planning suicide. These thoughts can vary between individuals but include anything from a fleeting sense of desperation and consideration to a full on plan.  Suicidal ideation itself does not include the final act of suicide.  With our country’s campaign to increase awareness of mental health it’s important to highlight that suicidal thoughts are common, especially in people that are undergoing high levels of stress or depression.  Often times the individual can be treated by a variety of means, but in some cases untreated individuals can be at high risk for attempting or completing suicide.

Most people that have suicidal ideation do not carry them out to conclusion though individuals with a family history of mental illness are more likely to have suicidal thoughts.  Causes are often multi-factorial but include depression, anxiety, eating disorders such as anorexia or bulimia, and substance abuse.  Individuals experiencing symptoms could exhibit signs such as feeling trapped or hopeless, talking about or having emotional swings such as happy or sad, revenge, guilt, or even shame.  They can exhibit changes in personality, routine, or sleeping patterns, or be in a heightened state of agitation or anxiety.  Additionally, an individual may become more isolated, exhibit extreme remorse or self-criticism, or say goodbye as if it were the last time.

As previously mentioned, the cause can often be multi-faceted.  Several mental health conditions are linked to higher risks of suicidal ideation including but not limited to: post-traumatic stress disorder (PTSD), panic disorder, gender dysphoria or gender identity disorder, schizophrenia, social anxiety disorder, substance abuse, and even exposure to suicidal behaviors in others. Family histories of mental health issues, substance abuse, violence, or suicide can also predispose someone to suicidal thoughts.

If you or someone you know if experiencing these symptoms, prevention is ultimately key.  Family and friends may notice a difference in an individual’s speech or behavior patterns, and should talk to the person and seek appropriate support.  The National Institute for Mental Health (NIMH) provided the following guidelines for someone who might be going through a crisis: asking them if they are thinking about suicide, keeping them safe by staying around and removing means of self-harm, listening to them and being there for them, encouraging them to call a helpline or contacting someone they turn to for support and following up with them after the crisis has passed.

If you or someone you know is at immediate risk of self-harm, suicide, or harming others call 911 or the local hospital emergency room, stay with the person until help arrives, remove any potential objects of harm, and listen without judgement.  There is a hotline available 24/7: The National Suicide Prevention Lifeline can be reached anytime at 1-800-273-8255.