Should You Be Concerned About BPA Levels In Your Body? 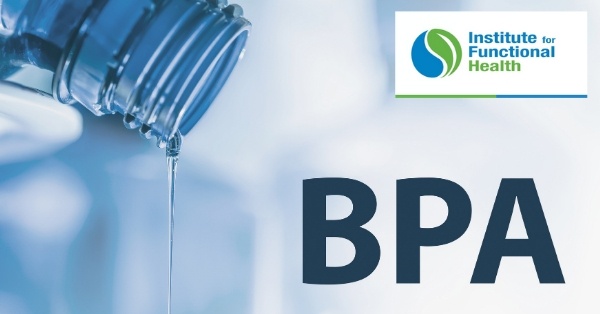 (If you haven’t guessed, the answer is yes!)

What is BPA? It stands for bisphenol A, an industrial chemical found in many products people use every day, like plastic containers for food and all types of drinking containers from baby bottles to water bottles. BPA is one of many man-made chemicals classified as endocrine disruptors, which alter the function of the endocrine system by mimicking the role of the body’s natural hormones and interfering with their normal function. Hormones are secreted through endocrine glands and serve many different necessary functions throughout the body, so keeping them in balance is essential to supporting good health.

Much of the concern about BPA has come from the leaching of it into food and drinks from the containers when heat is involved. That could be from either heating the containers themselves or adding hot foods or liquids to the containers. Even something as trivial as leaving a plastic water bottle in a hot car for extended time could cause this effect as well. It became a more prominent concern in 2004 when the U.S. Centers for Disease Control (CDC) found traces of BPA in nearly all of the urine samples it collected while trying to gauge the prevalence of various chemicals in the human body!

As bad as that sounds, researchers are now suggesting that exposure to the chemical may be much higher than previously estimated after using a new method for assessing levels of BPA. In a report published in The Lancet Diabetes & Endocrinology, they suggest that actual levels in the body could be much higher compared to those using older testing methods. BPA is broken down into metabolites in the body, so the best way to test actual levels would be to measure intact BPA plus the total of the metabolites. Unfortunately, regulatory agencies like the FDA only use testing methods that indirectly measure metabolite levels.

Researchers compared the “old” method of testing to a newer one that more directly accounts for BPA’s metabolites and were shocked to find that, on average, the newer method detected much higher levels of BPA (as much as 44-times higher!). And the more BPA found inside the body, the more likely the indirect method returned a lower reading. This opens the concern that current testing methods may be underestimating levels in the body, and that safety and preventative guidelines may not be adequate.

In lab tests on animals early in life, BPA has been shown to cause altered brain development, reproductive abnormalities and obesity, among other conditions. There is also strong evidence that BPA is toxic to the ovaries and the uterus. Given that testing methods may be inadequate right now, your best defense is to take steps to avoid exposure:

Remember, your best defense is prevention. While one isolated incident may not be harmful, not doing the above could lead to consistent exposure and put you at risk for the harmful effects of this chemical.