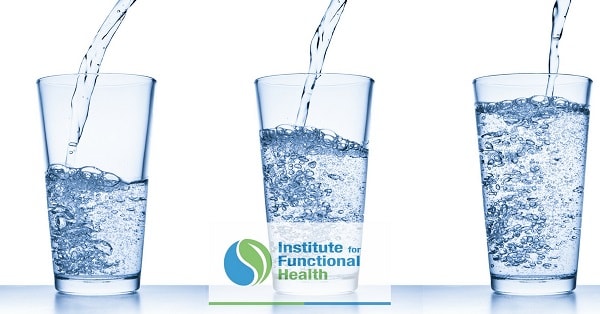 A study shows that water may be more effective than acid-inhibiting drugs in its effect on gastric pH. The study was conducted in the medical journal Digestive Diseases and Sciences.

Acid reflux is an extremely common health problem in Amercia. It is currently affecting more than 50 percent of the US population. Other descriptions for the health condition are gastroesophageal reflux disease (GERD), or peptic ulcer disease. Common syptoms include:

So what’s the real cause of acid reflux?

It’s important to understand that acid reflux is NOT due to having too much acid in your stomach, but rather it’s a condition related more commonly to hiatal hernia- a condition in which the acid comes out of your stomach, which is where it’s designed to be confined to.

After food passes through your esophagus into your stomach, a muscular valve called the lower esophageal valve (LES) closes, reventing food or acid from moving back up.

In the early 1980’s, Dr. Bary Marshall, an Australian physician, discovered that an organism called helicobacter pylori casuses a chronic low-level inflammation of your stomach lining, which is largely responsible for producing many of the symptoms of acid reflux.

So suppressing stomach acid production tends to just worsen and perpetuate the condition.

A study, found that even something as simple as drinking water can help suppress acute symptoms of acid reflux by temporarily raising stomach pH.

During this study, a dozen subjects were given on of the following “treatments”:

Each patient’s gastric pH was recorded for the following six hours after each intake. In 10 of the 12 subjects, water reduced the gastric pH significantly after just one minute. In contrast, those patients taking antacid took two minutes to see that same change in gastic pH, and the remaining four drugs took between 50 minutes and almost three hours to reduce pH by the same amount.

Here are some safe and effective ways to help eliminate the symptoms of acid reflux:

As always, it is strongly indicated to consult with a qualified healthcare practitioner to help guide you along the way to help reduce the harmful effects of acid reflux.  Of course, every person is different and it is important to know which treatment path is best for your health history.  We invite you to schedule your Discovery Day session with the doctors at your local Institute for Functional Health clinic.  Learn more about our Discovery Day and how we build a unique health program for you with our Total Health Transformation Program.