Maintaining A Healthy Weight Is Great Defense Against A Deadly Cancer 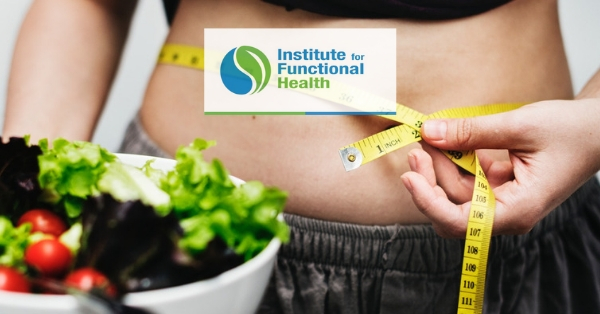 The reasons to keep your weight in check are too many to list! It helps in maintaining normal blood pressure and blood sugar, decreases risk for many cardiovascular diseases, and puts less physical stress on your muscles and joints. Plus, most people don’t like to look in the mirror and see the aftereffects of years of poor dietary choices! Beyond all that however, there is yet another potential benefit to keeping the weight under control, especially from earlier points in life – cancer prevention!

Being overweight, especially before the age of 50, appears to carry a higher risk for death from one of the deadlier cancers in the spectrum, that being pancreatic cancer. Preliminary research presented at the American Association for Cancer Research meeting in Atlanta last month brought to light this trend, but also reinforced the notion that excess weight at any age still increased the risk for pancreatic cancer death. This has become a greater concern as the rates of pancreatic cancer have risen in the United States. A trend from the years 2000-2015 showed a 15% increase in incidence, making it now the third-leading cause of cancer death.

For their project, researchers looked at outside data on almost 1 million participants that were cancer-free and had their BMI measured at the start of a nationwide study. BMI is a rough estimate of body fat based on height and weight, with a value from 18.5 to 24.9 being normal,  25 to 29.9 as overweight, and over 30 classified as obese. When there was an increase in BMI by 5 units, the risk of death from pancreatic cancer also rose. And if it was earlier life, the risk was greater, breaking down as:

One thought about the higher rates for those becoming obese at earlier ages is that it gives the disease more time to progress. A reason pancreatic cancer is so deadly is that it often isn’t discovered until it has reached an advanced stage because symptoms aren’t overtly noticeable and there are no effective screening tests. So here, prevention could be your best defense, and that means keeping the weight in check!

At our office, we utilize nutrition programs that are tailored to each individual and take into account special needs based on bloodwork, current health conditions and individual patient goals. We also use technology to assess resting metabolic rate, which helps identify a calorie level that meets your body’s needs, keeps you from eating too much (which can lead to weight gain), and also prevents you from eating too little (which throws your body into a stress state that can slow or stop weight loss). Throughout your program you will see and feel your body change in many different ways. But it just may be the benefits that you can’t feel, like cancer risk reduction, that will offer the greatest long-term rewards by keeping you healthy and alive!