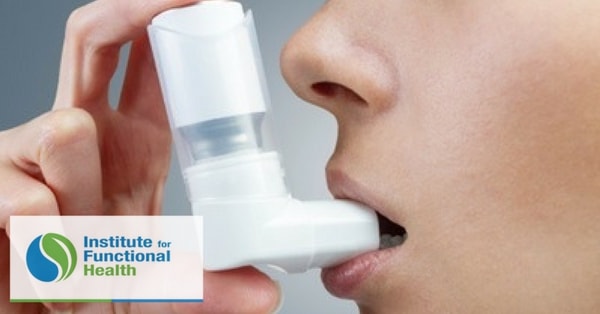 What if you could prevent asthma in your child before he or she was born?

Most mothers would do anything they could to reduce the chance of their child developing ANY kind of heath condition after they were born. Eliminating smoking and avoiding alcohol and unnecessary drugs during pregnancy are always some of the most common suggestions. But what if a simple dietary change could make an impact? Something as simple as some daily fish oil capsules?

According to a study published Dec. 29 in the New England Journal of Medicine, women who take fish oil during their third trimester of pregnancy might cut their children’s risk of developing asthma by as much as one-third! For the study, 736 pregnant women were randomly assigned to take either fish oil capsules or an olive oil placebo every day during the third trimester. Health outcomes were tracked through age 4.

The children in the fish-oil group were about one-third less likely to develop asthma or persistent wheezing (a sign of asthma in very young children). By the age of 5, only 17 percent in the fish oil group were diagnosed with either condition, versus almost one-quarter of children in the placebo group. Fish oil doses in the study were at 2.4 grams. Not high amounts for some populations, such as in Denmark where the study was performed and fish consumption is higher, but it would be compared to the average American diet where essential fatty acids are sorely lacking.

Not something to be proud of, but the results could offer more promise here because of that lack. The effects of the reduced risk were mostly seen in the one-third of children whose mothers had the lowest DHA and EPA (the fatty acids in the fish oil) intake to begin with. Prior research has suggested that these two components can make the airways less prone to inflammation. Fish oils have been regularly recommended to patients with cardiovascular issues for similar effects in the circulatory system.

Good For Me, Good For You

More research will need to be done to answer additional questions now that a potential positive correlation has been seen, such as:

While it may be a while before we get definitive answers to these questions, it’s never too late to start getting your body healthier toady, especially if you’re thinking about getting pregnant in the future. The fewer health conditions and stresses a woman’s body must deal with while she is trying to support another life inside her, typically the easier the pregnancy should proceed and the healthier the child should be.

Even though there were no significant side effects noted in the study from the supplementation, it is always recommended to consult with your doctor regarding changes to your health maintenance routines. A doctor knowledgeable in the use of nutritional supplements can help steer you in the right direction to help support your health goals.

Fish oil is one of the supplements that many people can benefit from due to its absence in their diets. (And it’s just what you need if you don’t like the “fishiness” of fish!) We regularly incorporate it into our care programs and strongly believe it is an important piece of the great results we see with our patients, especially those who are trying to improve their cholesterol numbers and decrease aches and pains and inflammation. Now it looks like it may add promise in the prevention of asthma as well!

If you’re thinking that this may be an addition you should be taking advantage of and would like guidance in incorporating it into your diet, we encourage you to give our office a call. The benefits above that many of our patients achieve could be your as well!