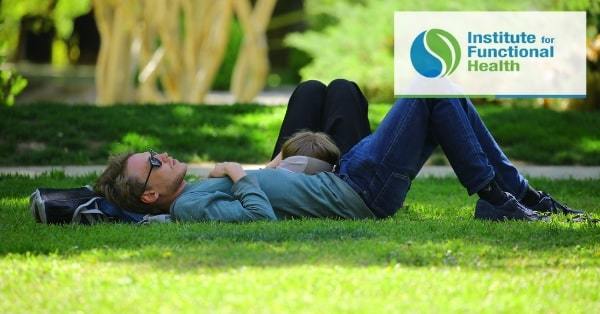 While napping is a valuable addition to help offset blood pressure levels, it is important to note it isn’t a substitute for a proper nights sleep.  Nightly sleep is necessary for many vital body functions, improving mental performance, balancing hormone levels, and helps to reduce overall overload to the body.

The study performed evaluated 212 individuals with a mean blood pressure of 129.2 systolic (top number of your blood pressure – pressure during a heartbeat).  Individuals were, on average, 62 years old, and 1 in 4 either smoked, had a diagnosis of diabetes, or both.  The study did account for factors that could influence blood pressure such as age, biological sex, prescription medication, and lifestyle choices.

The research found that people who took a daytime nap saw a 5.3 mmHg reduction in blood pressure, which is approximately the same effect as when taking blood pressure medication or making lifestyle changes that also affects blood pressure. “These findings are important because a drop in blood pressure by as small as 2 mmHg can reduce the risk of cardiovascular events, such as heart attacks, by up to 10 percent,” Kallistratos says.

Perhaps the biggest benefit of napping during the day is that it’s FREE!  And there is no need to feel guilty for power napping, some prolific people throughout history like Leonardo da Vinci, Napoleon, and Winston Churchill all took a daily early afternoon siesta. “We obviously don’t want to encourage people to sleep for hours on end during the day,” states Kallistratos, “but on the other hand, they shouldn’t feel guilty if they can take a short nap, given the potential health benefits.”

There are four stages of sleep that were identified in 1937 by Alfred Lee Loomis.  The stages related to brain wave activity.  Stages N1 and N2 are light sleep, N3 is deep sleep and the final stage is REM sleep, associated with dreaming.  The term, “power nap” refers to the ability naps have to strengthen the ability to pay closer attention to details and make critical decisions, especially later in the day.

The most important aspect to bear in mind when taking a nap is to restrict it to no more than twenty minutes, so you don’t enter Stage N3.  Entering deep sleep without completing the sleep cycle is what is known as “sleep inertia,” which leaves you with drowsiness and a headache instead of the feeling of refreshment.  The best time to nap has been shown to be shortly after lunch because the natural circadian rhythm in later afternoon are more likely to become a deep sleep leaving you worse than before.

For the midday coffee drinkers do not despair, you can still have a nap that coincides with your daily ritual.  If you drink a cup of coffee , and nap for twenty minutes the coffee will not disturb your nap due to the alerting affect taking about a half hour to set in.  So, hit the sack during your next lunch and make both your afternoons and heart happier!