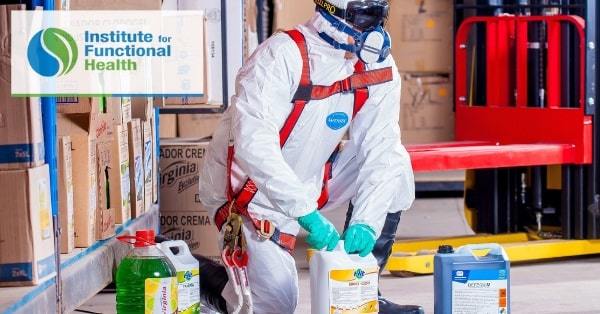 You always need to be careful with what you put in your body, most specifically the foods you eat. Whether it is an animal product or plant food, everything we eat has the potential to either help or harm our health, even in its natural form. Once food has been modified or altered in some way, the chances of it being less healthy tends to increase. This includes every step from the final manufacturing or processing, all the way back to how it was grown or raised.

A big concern with plant foods has always been the safety of the chemicals that are applied to them during the growing process, and none have come under more fire and scrutiny than Roundup, the popular weed killer manufactured by Monsanto. In the continuing saga here, a study published in May in the journal Clinical Gastroenterology and Hepatologyreported that researchers observed higher levels of glyphosate (Roundup’s main weed-killing ingredient) in a group of patients suffering from liver disease.

If you follow the news, you’ve likely heard of many allegations against the safety of glyphosate, implicating everything from digestive system disturbances to it being potentially carcinogenic. Monsanto claims all of the proper studies have been done to verify safety of the product. But as usual, there is always conflicting information out there. Case in point: In May the U.S. EPA issued a draft conclusion that glyphosate poses “no risks to public health” and “is not likely to be carcinogenic for humans”, but then days later a California jury awarded $2 million to a couple who both developed non-Hodgkin lymphoma (a type of cancer) that they attributed to long-term exposure to Roundup. What is one to believe?

Personally, I think that where there is smoke there is likely fire, and if something is questionable then I’m not putting it in my body. For the study, researchers looked at 93 patients who were thought to have liver disease. They examined urine samples for glyphosate levels, and liver biopsies to assess the presence and severity of liver disease. Their findings demonstrated:

Now, while a small study like this does not prove cause and effect, it does raise more questions along the lines of safety concerns. Therefore, if you want to protect yourself as best as you can, there are a few steps you can take. First, try to switch to as much organic food as possible, which should be free of potentially harmful chemicals like glyphosate. Second, make sure that your liver and internal detoxification systems are working properly for when you do ingest things that need to be processed and cleared out by the body. Lastly, keep your immune system functioning at an optimal level by keeping all types of stresses to a minimum. That can be everything from maintaining a healthy diet to getting proper sleep to staying adequately hydrated, as well as keeping the mental stresses in check. If any of those seem challenging, or you’re already dealing with one or more health issues, then a good functional medicine workup may be in order to help identify the sources of the problems so they can be corrected as naturally as possible.