How VR Can Lead to Earlier Alzheimer Diagnosis 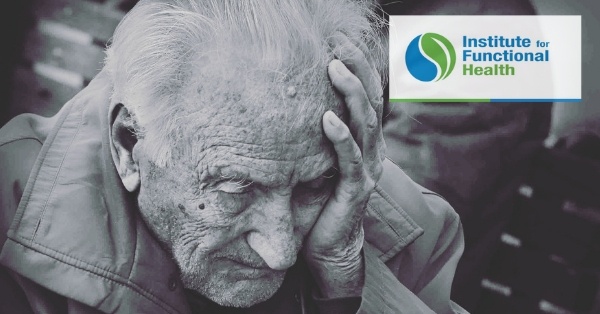 With society at breakneck pace to continually unveil the latest in technology and innovation, virtual reality (VR) has made immense impact in several facets of the technology junctions we use daily.  Whether it be the new VR games released monthly, or the latest VR headset that accompanies your phone; it seemed just a matter of time before someone or some company would find a clinical application in medicine.  Recent research completed to highlight the potential of this new technology has suggested a possible application in earlier identification of Alzheimer’s disease.

The impairment of key cognitive functions such as memory, thinking, and communication are generally categorized under dementia.  The decline seen in these areas is generally progressive, and patients stricken with Dementia will generally go through different stages of disease.  Mild cognitive impairment (MCI) is an early stage, but not all people who develop MCI will go on to develop Alzheimer’s.  MCI can have multiple causative factors such as anxiety, or normal aging so identifying an actual cause is key to establish the risk of ultimately developing dementia.  Alzheimer’s is the most common type of dementia, with dementia affecting an estimated 50 million people worldwide according to the World Health Organization (WHO).

An estimated 10 million new cases of dementia are diagnosed each year, and 60-70% of these new diagnoses detect Alzheimer’s disease.  Currently, several tests are utilized to assess dementia, but now researchers are attempting to explore VR technology as a means of monitoring the condition.  The new study, championed in Cambridge University in the UK, showed that VR may even be more accurate than current diagnosis standards.

The entorhinal cortex is the part of the brain that operates as our “internal satnav” and helps us to move around and not get lost.  In patients with afflicted with Alzheimer’s it is also one of the first areas damaged. Current cognitive tests are unable to test for navigation difficulties leading the research team at the Department of Clinical Neurosciences at the University of Cambridge to develop one via VR technology.  To implement the test, the team recruited 45 individuals with mild cognitive impairment (MCI) and 41 without it.  All subjects were given a VR headset and asked to walk in a simulated environment.

VR proved promising in its initial testing, and researchers believe there may even be future applications in the development in drugs.  One of the issues with drug trials is the transition from animal testing into human subjects.  In many cases, the difference between animal and human testing is problematic for trials because of the difficulty comparing results.  However, the underlying navigation is similar in both rodents and humans.  “Testing navigation may allow us to overcome [the] roadblock in Alzheimer’s drug trials and help translate basic science discoveries into clinical use,” explains Dennis Chan, Ph.D. and lead researcher.

“We live in a world where mobile devices are almost ubiquitous, and so app-based approaches have the potential to diagnose Alzheimer’s disease at minimal extra cost and at a scale way beyond that of brain scanning and other current diagnostic approaches,” Chan concludes.  As we continue to push the limits of technology perhaps it’ll be a matter of time before a simple app on your phone or your computer can help intervene at an even earlier time and greatly improve outcomes.