How You Cook Affects Your Diabetes Risk 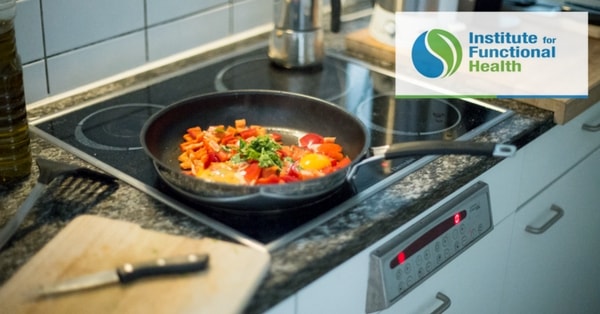 Food choices are always important when looking to reduce our risk of major diseases such as cancer, stroke, heart attack and diabetes. Eating more foods daily like vegetables, fruits, beans and fatty fish that have important nutrients to fuel our bodies and protect them properly should always be a priority. But even if you are eating a wide variety of healthy foods, you may be undermining your best efforts by the way you are cooking those foods. A new study is suggesting that changing the way you cook could help reduce your risk of getting one of those major diseases – type 2 diabetes.
When you fry, grill or bake foods, which are all “dry-heat “cooking methods, foods produce substances called advanced glycation end products (AGEs). Higher levels of AGEs have been linked to insulin resistance, stress on the body’s cells and inflammation, according to the study authors. These are all contributing factors in terms of diabetesrisk, especially the insulin resistance. When the cells begin to become resistant to the effects of insulin, less sugar from the foods we eat is able to get into the cells to be used for energy. Too much sugar then remains in the blood, which promotes inflammation and stress on the body, which can manifest in the kidneys, eyes, heart or any other tissue. Therefore, other cooking methods such as boiling, steaming and poaching look like the safest way to go, the researchers say.
“When you look at people with chronic diseases like type 2 diabetes or dementia put on a high-AGE diet or a low one, those on the low-AGE diet show signs of decreasing inflammation,” said the study’s lead author, Dr. Jaime Uribarri. The researchers wanted to see if a low-AGE diet could offer protection to people already at risk of developing type 2 diabetes. For the study, the researchers randomly assigned study participants to either a high- or low-AGE diet. All were at least 50 years old and they had at least two of the following five health concerns (or were on medications for these problems): a large waist circumference (40 inches for men, 35 for women); high blood pressure; low HDL (good)cholesterol; high triglycerides; or elevated fasting blood sugar levels. Those in the low-AGE group were told to avoid frying, baking or grilling foods. Instead, they were encouraged to boil, steam, stew, cook with water, or poach their meals. Some examples of the changes made included substituting boiled eggs for fried eggs, poached chicken instead of grilled chicken, or beef stew instead of grilled steak, according to the study.
In the low-AGE group, “all the parameters in stress and inflammation we tested for improved. And we showed that insulin resistance came down,” Uribarri said. Body weight also dropped slightly in the low-AGE group. So while we need to be paying attention to the types of foods we eat, it may also be beneficial to change the way we cook those foods.