Gout Sufferers Must Also Be Aware Of Blood Clot Risk 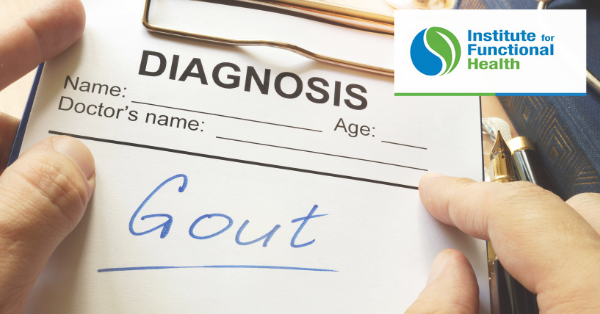 Anyone who has dealt with episodes of gout can tell you what a miserable experience it is. Most describe it as being similar to having hot, burning sand inside their joints. (If you’ve ever walked on a beach in 100-degree plus temperatures in the summer barefoot, just imagine that feeing, but on the INSIDE of your feet). It can make it difficult to wear shoes from the inflammation, and even walking is painful when it flares. That sounds bad enough in and of itself, but it looks like gout sufferers, especially those under age 50, need to be concerned about another health risk: blood clot formation.

Blood clots are serious concerns, as worst-case scenario they can lead to a life-threatening stroke or a pulmonary embolism. Gout sufferers overall have a greater risk for these than the general population due to it being one of the inflammatory arthritis conditions. Inflammation is a major contributor for any type cardiovascular health issue, so proactive measure should be focused on not only reducing uric acid levels, but to decrease any sources of inflammation in the body as well.

Gout occurs when uric acid crystals form in the blood and begin to deposit in the joints, most notably the toes and feet. The Arthritis Foundation notes that it typically affects about 4% of the population. Certain foods are notable promoters of uric acid formation, including several meats and seafood, and alcohol, and are best to be kept out of the diet until levels are under control. Uric acid-lowering medication such as Allopurinol may also be prescribed to help lower levels, but these did not provide any benefit on the clot risk concerns.

Researchers compared 62,000 patients with gout against a similar number who did not have the condition and found the following trends:

There were no differences noted among genders. Having gout does not mean that one must automatically begin anti-coagulation therapy upon diagnosis, but these results do stress the need for awareness of signs of a blood clot. It also hits home the need for a preventative lifestyle, both to keep uric acid levels from forming and to prevent or reduce sources of inflammation. In both cases, diet is where most people will have the greatest amount of control. Eliminating organ meats and alcohol are a quick first step, but limiting amounts of such things as shrimp, beef, turkey, spinach and beans may also be necessary depending on uric acid levels.

Not sure if uric acid is even a problem for you? A simple blood test for it that we offer, along with other markers like c-reactive protein (which can identify risky inflammation) can easily be your first step in prevention planning against these two issues if levels are found to be higher than what they should be. With the proper lifestyle modifications, not only can you reduce or eliminate the need for gout medications, but you could also be taking steps towards preventing a more serious health issue due to blood clot formation.

The report was published in the June 3 issue of CMAJ (Canadian Medical Association Journal).