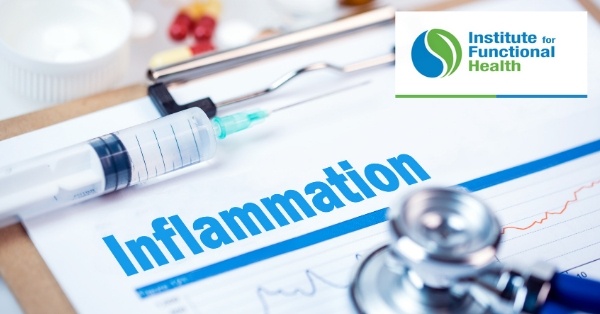 Inflammation isn’t necessarily a bad thing, although the word itself usually invokes the thoughts of something less than desirable in the body. Pain and inflammation usually seem to go together, and nobody likes pain. Inflammation, though, helps signal the start of the healing process. Ever hit your thumb with a hammer, eaten something that irritated your stomach, or been the victim of some type of infection? Then you’ve likely experienced inflammation as part of the means that your body uses to help it adapt to something that is causing it stress.

In these cases, it is a good thing when it is helping protect the body. But if those stresses persist and the inflammation doesn’t subside, then we’re looking at the potential for a whole host of other problems, in addition to chronic inflammation itself becoming another stressor to the body. The catch-22 is that inflammation is both caused by and a risk factor for many conditions, including diabetes, obesity and cardiovascular problems. Therefore, the more issues we can identify that put us at risk, the better chance we have to alleviate them and help keep our body functioning normally.

In a study published in the journal Nature Immunology, researchers keyed in on an issue that produces this type of unhealthy inflammation: elevated triglyceride levels in the blood. Their investigation helped them identify a mechanism whereby this condition can lead to not only inflammation, but also more progressive issues such as blood vessel and organ damage. They studied a protein complex called NLRP3, which normally helps activate the body’s immune response, and tried to identify what could be incorrectly triggering this into action.

When triglyceride levels are high, there is also a higher concentration of a protein called apolipoprotein C3. In research with mice, high apolipoprotein C3 concentrations activated NLRP3, which triggered harmful inflammation and led to organ damage. Taking this to the human population, they looked at patients with chronic kidney disease and patients who had suffered a heart attack and found high apolipoprotein C3 levels as well, indicating it is likely a solid risk factor. It was also associated with an increased risk of mortality from all causes!

Blood triglyceride levels tend to increase in people with high fat diets. They also increase in pre-diabetics and diabetics as their bodies attempt to clear out some of the excess blood sugars by converting them to fats so that they can then be removed and stored. Therefore, controlling the diet by keeping total fats and carbohydrates under control will be a big step in reducing blood levels of triglycerides. That does not mean eliminating either from the diet; rather, it means focusing on choosing the best types of these nutrients and establishing a proper balance of them along with necessary proteins. Not only will a healthy and balanced diet help with weight and energy levels, it will also keep inflammatory triggers down and reduce the risk of more serious health issues.