Is My Diet Causing My Immune System to Attack My Body? 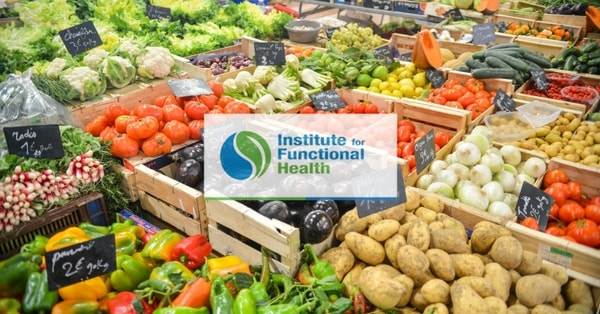 If you eat the wrong types of foods, this just may be the case!

We always encourage people to eat foods as cleanly and in their natural state as much as possible. This allows you to get the maximum amount of nutrition from the foods versus just what is left over after it has been through some type of processing. Given that it is not always easy or convenient to eat foods in their raw form, we need to take care to not make processed foods the majority of our daily diets.

Processing, which can include canning, cooking, freezing, dehydration, milling, etc, will typically reduce nutrient content to some degree. Along with that, for foods such as prepared meals for the microwave and ultra-processed foods, there may also be added preservatives, stabilizers, food colorings and taste modifiers that offer little in the form of benefit to the body and may actually be contributing possible harm.

The News Is Out

A number of studies have reported the negative health effects of consuming processed foods, including increased risk of weight gain and heart disease. Last October the World Health Organization (WHO) even concluded that eating processed meats can cause colorectal cancer. Better stay away from that deli counter and those Meat Lover’s pizzas!

And based on a study published in the journal Autoimmunity Reviews, researchers suggest that eating processed foods may weaken the intestines in a way that raises the risk for autoimmune diseases such as:

Given that the consumption of these types of foods has been on the rise, as well as the number of autoimmune disease cases, they were looking for a possible relationship.

But My Immune System Is Supposed To Help Me, Right?

When it’s functioning normally, that’s correct. But an autoimmune disease means the immune system is attacking healthy cells in the body, mistaking them for foreign invaders. This can lead to destruction of body tissue and abnormal organ growth and function.

Many autoimmune conditions can be traced back to an individual developing a “leaky gut” state. Normally, the channels that allow properly digested food to pass from the stomach and intestines into the bloodstream are “tight” and only allow small particles to pass through. This also serves to help protect the immune system from bacteria and other foreign bodies.

If damage occurs to these junctions from inflammation or irritation, the channels become wider and can allow larger food particles or other substances into the bloodstream, prompting the body into an immune response to the perceived “foreign invader”. From here the body can also start to attack normal tissue such as the thyroid cells, pancreas cells or connective tissue cells and an autoimmune condition is born.

In their study, the researchers identified at least seven common food additives that weakened tight junctions in the intestines:

This prompted the researchers to suggest that consumption of processed foods may increase the risk for autoimmune diseases. While more research needs to be done on these “generally recognized as safe” additives that are prominent in processed foods, your best bet would be to avoid them as much as possible and stick to real food in its most natural and unadulterated state.

Is There Help For These Conditions?

Absolutely! Lifestyle plays a major role in both preventing and managing an autoimmune condition. While it’s always best to do what you can to never develop one in the first place, if you do have one, the goal is to keep it in a state of remission as much as possible.

A correctly structured diet can help eliminate many of the triggers that flare up an autoimmune condition, as well as support the body to speed up the healing process. Knowing which foods do what is key because sometimes commonly eaten foods like bread or even certain vegetables can aggravate an autoimmune condition, leading to symptoms like pain, fatigue, inflammation or mental fogginess. There are also many natural supplements to help support and heal the body beyond just taking medications to address the symptoms.

If you suffer from autoimmune symptoms or haven’t seen improvement from your current treatment, we encourage you to schedule a Discovery Day appointment with our office. That way we can learn more about the particular health issues you are dealing with and can do the proper tests to help us find out how best to get your health back on track!

Some of the patients in the testimonials section have learned how to better manage their autoimmune challenges and are feeling better than they ever have! Take a look and see if some of their stories sound like yours or match what you are trying to achieve.