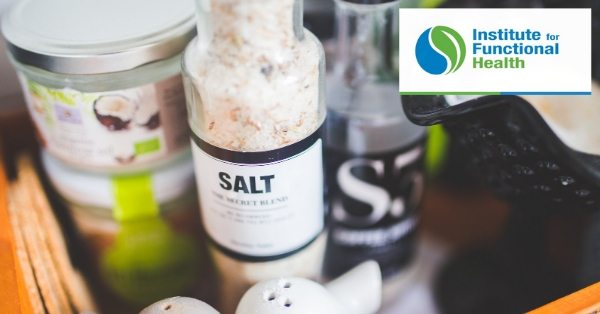 According to the American Heart Association, 9 out of 10 people in the United States consume too much salt in their daily diets. This can come from salt added to food at meals, or additions to prepared foods that have had some type of processing. Not only can this lead to fluid retention, swelling and blood pressure issues, but adding too much salt to the diet could make it harder for the immune system to destroy bacteria in some of our organs. Recent research in both mice and humans has actually demonstrated that eating more than the recommended daily amount of salt disrupts the antibacterial function of a specific type of immune cell.

A new study in Science Translational Medicine sought to find a relationship after researchers had been surprised to discover that a high salt diet in mice exacerbated an E. coli infection in their kidneys. The findings were a surprise because previous research found that excess dietary salt actually promotes healing in animals infected with skin parasites. But when they also infected mice with another pathogen, Listeria, they found that this systemic infection was also worse on a high salt diet. They surmised that a specific type of immune response cell, the neutrophil, which is key to the body fighting bacterial kidney infections, becomes less effective in the face of a high salt diet.

The kidneys use a molecular mechanism for detecting excess sodium in the bloodstream and excreting it in the urine. But in the process, this mechanism raises levels of steroid hormones called glucocorticoids, as well as a waste product called urea. Both glucocorticoids and urea inhibit the ability of neutrophils to kill bacteria. Therefore, this was likely a pathway that led to the occurrence of the bacterial infections.

The researchers then put volunteers on a diet that included an additional 6 g of salt, roughly the equivalent of what you would get in two fast food meals. After a week on the high salt diet, the volunteers:

The Dietary Guidelines for Americans, which the Department of Health and Human Services publish, recommend that people consume no more than 2.3 grams of sodium per day. This amount is roughly equivalent to 5.8 g of salt, which would fit into a level teaspoon. The reason for the recommendation is that there is good evidence that excess dietary salt raises blood pressure, which is a risk factor for heart disease and stroke.

So not only will you be protecting your heart by passing up the saltshaker and limiting processed food, you could also be helping your body better fight bacterial infections!