Could This Herbal Supplement Used For Opiate Addiction Pose a Health Threat? 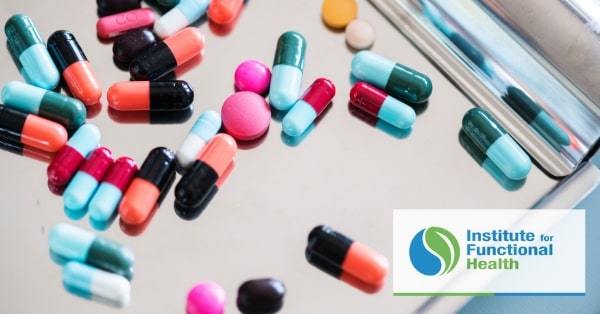 It is no surprise that America finds itself in the midst of an intense battle against the long overly prescribed class of opiates.  At this point in time, the negative effects of opiates are finally being brought into full light as they’ve should’ve been many years before.  As someone who has spent the better half of a decade in numerous hospitals and healthcare settings, the rate at which they are prescribed appears to finally be showing some slowing.  For years, opiates were often the “first line” treatment of any pain as several prescribers would hand them out.  Pain is especially hard to treat, chiefly because it holds such variable meanings for so many different people.

Due to the newly shed light on this issue, many prescribers and patients are looking for new alternative sources of treatment available.  One of the supplements quickly gaining momentum is Kratom. Kratom is an extract from the tropical tree Mitragyna speciose, a relative of the coffee plant.  The plant was used traditionally in Southeast Asia to sooth aches and pains, or even boosting energy levels thru either chewing the leaves or making them into tea.

Kratom has gained popularity here in the states as a commonly available herbal supplement in its most common green powdered form.  Though the extract is marketed as safe and natural, scientists state it is far from inactive. Thus far the studies on it have been limited, however thus far they’ve shown stimulant qualities at lower doses and sedative properties at higher doses. Uses in the US include assisting patients with chronic pain, mood disorders, or even those that supplement with it recreationally.

Additionally, some individuals with opioid use disorders utilize kratom due to the active component’s, mitragynine, action on opioid receptors in the body.  There is no current medical evidence to support that claim but some individuals with opioid addiction consider the supplement a godsend. Professor William Eggleston from the State University of New York (SUNY) Binghamton and his team investigated the toxic efforts of kratom after noticing a major uptrend in usage.  Utilizing the National Poison Data System (NPDS) and the County Medical Examiner’s Office in New York State the professor and his team recently published their findings in the journal Pharmacotherapy.

The team noticed not only a massive spike in usage, but has a potentially worrying trend; in 2011 only 18 “exposure” incidents were found whereas in the first half of 2018 almost 400 “exposures” had been reported.  The most common “exposure” events include symptoms such as: agitation, tachycardia (fast heart rate), drowsiness, vomiting, confusion, seizures, withdrawal symptoms, hallucinations, respiratory depression, coma, and even cardiac arrest! Although kratom is less potent that most opioids, it can still have deleterious effects on the body.  “In larger doses, it can cause slowed breathing and sedation, meaning that patients can develop [similar] toxicity [as] another opioid product,” states Professor Eggleston.

The team was quick to point out that although negative effects are possible, they do not condone a ban.  Instead they call for more research and tighter regulations over its distribution. The team noted that although they utilized the NPDS, the reporting system is voluntary thus leading to highly underreported numbers.  The findings reported are likely to increase as the number of people utilizing this popular supplement is likely to increase. Understanding kratom and its impact become substantially more meaningful.  The team plans of expanding from these results and taking a deeper dive on different conditions which kratom might be beneficial.

As always please consult a healthcare professional before starting any supplements.  We offer a variety of supplements to help patients achieve health care goals and achieve a greater state of health overall, but we are diligent in our understanding of the potential side effects and encourage our patients to take a similar approach.