Belly Bloat Could Be Linked To Too Much Sodium 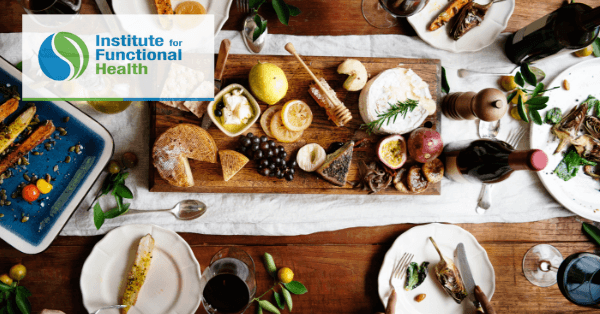 Have you ever eaten a meal and afterwards felt that your abdomen expanded like a hot air balloon? Not only does it make the waistband tighter and sometimes cause discomfort, but no one wants to walk around looking like they swallowed a bowling ball! Common culprits of belly bloat are legumes, dairy and fiber-rich foods. However, if you’re consuming too much sodium, even in conjunction with some healthier choices, you may be adding to the problem.

Bloating can affect as much as 33% of the American population. In those with digestive issues such as IBS (irritable bowel syndrome), the likelihood can be closer to 90%, and on a more frequent basis. As bacteria break down foods with fiber in our digestive tract, gas is typically produced as a by-product. If someone has excessive buildup, or also has intolerance issues with components such as lactose or fructose, the issues can become more prominent.

After examining studies that have shown how sodium affected the gut bacteria in mice, leading to increased gas production in the colon, researchers decided to take a deeper look. One theory was that as sodium draws fluid with it, the added water retention might make digestion less efficient and produce more gas and bloating. They looked at a prior clinical trial that compared the DASH (Dietary Approaches to Stop Hypertension) diet, which is high in healthy and fiber-rich plant foods, to a low-fiber diet. The latter incorporated more processed foods that were typically higher in sodium than the DASH foods. They found that:

For those trying to incorporate more fiber foods into their diets in an effort to reduce cardiovascular disease risk, decrease incidence of colon cancer, or to assist in weight loss, limiting the added sodium should also be in the plan. Occasional bloating is not uncommon, but it should not be a persistent problem or one that causes pain and discomfort. At that point it may be necessary to rule out other conditions such as IBS or a bacterial overgrowth (SIBO). However, you can take steps to make a higher-fiber transition run more smoothly, such as:

Doing good things for your body should not lead to more problems. Taking the right steps will help ensure you reap the health benefits of the fiber and minimize the dreaded belly bloat.

The findings were published in the American Journal of Gastroenterology.