Are Chili Peppers The Secret Ingredient To Longevity? 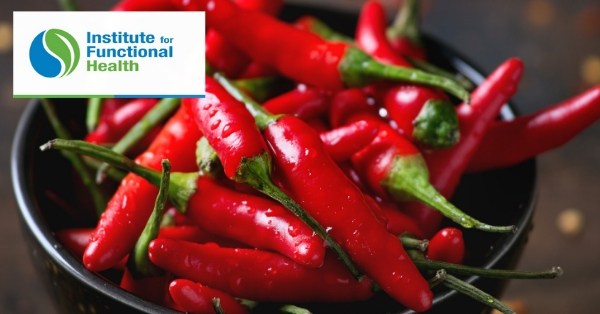 Any little thing we can do to decrease mortality risk is usually worth doing. If it’s something that we enjoy doing, even better, especially when it comes to eating foods. (That’s easy!) Down here in San Antonio, people love their chili peppers. They’re added to dishes and thrown on top of foods to boost flavor and give the other foods an extra kick. Some people even love to feel the burn they offer.

Now, it appears that consuming those fiery little vegetables could offer some potent health benefits as well. According to a recent study published in the Journal of the American College of Cardiology, people who regularly eat chili peppers have a reduced mortality risk compared with those who never eat chilis. Researchers in Italy built on prior research performed in the United States and China that showed similar findings and sought to probe the relationship a little deeper. They utilized a questionnaire about dietary habits with almost 23,000 participants and followed them over 8 years. They also had access to all their other health-influencing factors like activity level, smoking status and medical history.

Research on chili peppers has focused on the effects of capsaicin, the component of them that “brings the heat”. It has shown benefits in the areas of cardiovascular function, neuropathic and arthritic pain and metabolic regulation. This study looked at mortality risk factors versus consumption and found the following associations:

Surprisingly, overall diet quality did not influence the findings. Now that doesn’t mean that you should knowingly eat a bad diet and just count on peppers to help protect you. The study couldn’t conclude that direct of a relationship, and other factors could have had an influence. We know as a generality that fruits and vegetables offer the most health protective benefits of all the food categories, so adding more of these to the diet is always a good thing.

Putting all of the pieces together in each individual’s lifestyle is the best approach to maintaining maximum health. We need proper rest, plenty of good food and water, physical activity and mental stimulation to keep everything working at its best. All of these combined will give us the best chance at having a healthy, long life.

Adding a few chili peppers on top of all that might even crank it up a notch further!