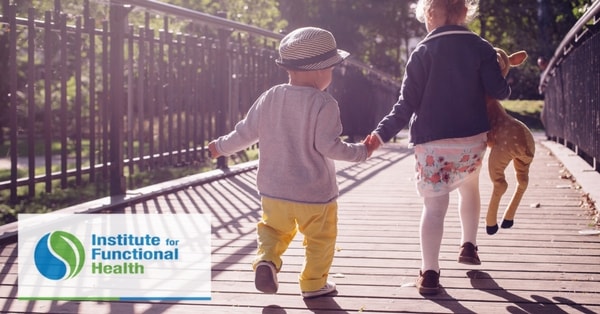 Getting kids off the couch and into physical activities is good not only for their bodies, but it looks like it may also help in building stronger minds!

A new study published recently in the journal Medicine & Science in Sports & Exercise demonstrated that increased exercise-related activities helped improve mental function in children. With the lure of computers, phones and the always-present television (and accompanying video games), kids have had more opportunities to be spending time in sedentary activities, neglecting the physical benefits that come from being active. As it turns out though, they may also be missing out on a way to sharpen their minds in addition to toning their bodies.

For the study, scientists evaluated 79 children between the ages of 9 and 11. They completed both aerobic fitness and muscular fitness assessments, including upper body, lower body and core exercises. Additionally, their working memory and academic achievement were measured by various tests. The exercise activity was similar to what active kids would be doing normally versus a formal weight training type session.

The results demonstrated that better muscle fitness was directly related to a more accurate memory, and working memory in both boys and girls appeared to benefit equally from greater muscle fitness On the aerobic side, those who were more fit demonstrated better thinking skills and academic performance. They also scored higher on tests of memory and mathematics. Overall, better total fitness showed better total brain function.

With obesity and inactivity rates still remaining high in the United States, it is vitally important to get kids up and active to help change unhealthy lifestyle patterns that could be detrimental to their health later on in life. Being overweight or obese has the same risk pattern for children as it does for adults, and many are walking around with elevated blood sugar, triglycerides and cholesterol that are making early changes in not only their weight, but other areas like the circulatory system and their hormonal functions.

Less attention has been paid to the cognitive benefits of exercise versus the physical, but with studies like this one, it should help reinforce the notion that it could possibly be another tool to help boost kids’ brain power. Stimulating the body with exercise and activity keeps neurons firing throughout the body, and it’s possible that this could be having some carryover effect on the brain as well. Any movement, large or small, requires input from, and feedback to, the brain in order for it to be successful. Just like repeated repetitions with weights can promote growth in muscle tissue, consistent stimulation of nerve pathways may also be helping to strengthen brain function through neuronal pathways.

So instead of heading to the movies or sitting around for family TV time, think about hitting a park or participating in some physical activities that everyone will enjoy instead. Not only will it help you feel better physically, but it may be helping your kids flex their mental muscles as well!